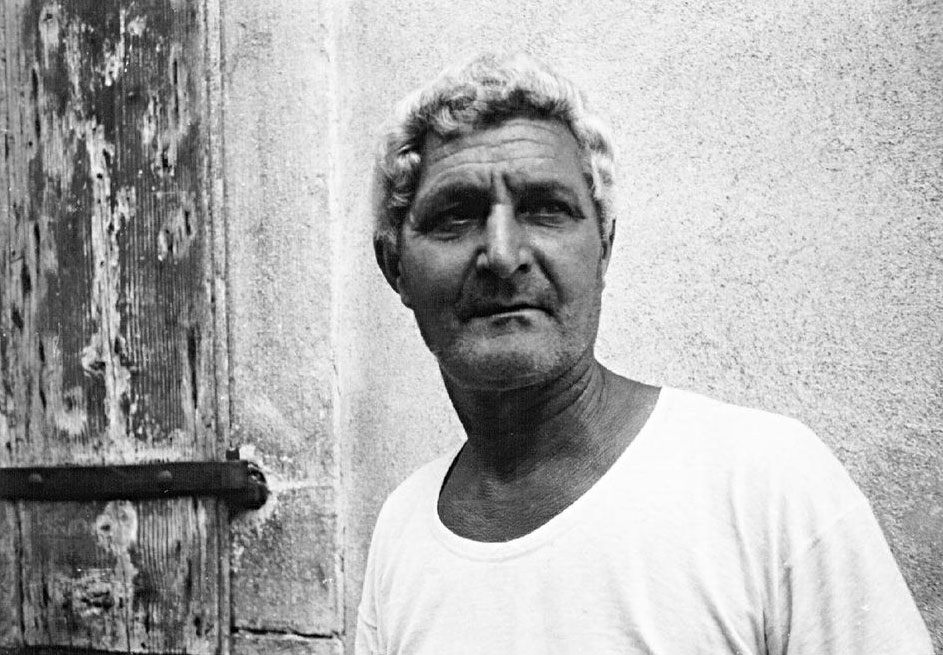 Not much is known about his early years. It is known that he was born in Udine in 1913, that he was immediately abandoned and that at the age of eight he was given up for adoption to a peasant couple from Camino di Codroipo. The economic conditions of the adoptive parents, however, deteriorate to the point that little Oliviero is seen begging in the streets of Codroipo.

After a report to the authorities, Oliviero is entrusted to the Cividale orphanage.

Even if the beginnings were uphill, Oliviero grows up without ever complaining. He is confident, proud and has a "native and unconstrained" intelligence that protects him from banality.

He is intimately free and therefore naturally indifferent to social schemes or conventions: one step away from graduation he leaves school because he no longer finds it stimulating; he keeps doing a thousand jobs (gravedigger, gravel digger, porter, sieve and sand seller, laborer, scrap metal…) because he doesn't want to have masters and doesn't want to earn more than he needs; when he falls in love with jazz, he mistakes his three-wheeler for a turntable; to the comforts of a "real" home he prefers the freedom of a shack on the banks of the Natisone, which he builds himself with makeshift materials; he invents strange devices to produce electricity himself; creates original signs to report cheating or things that are wrong; he intervenes animatedly in the rallies or holds them himself accompanying himself with the accordion (which plays very well); he always wears a red handkerchief around his neck, as well as his inseparable little dog and his chickens.

It is in constant motion, always among the people, always where something interesting happens (a rally, an event, a demonstration).
Free and in tune with himself, he writes poems, which he "publishes" by carving them on the sand of the Natisone.
The people of Cividale unreservedly accept his diversity because Olivo is always a polite person, never arrogant, never over the top or harassing. In short, he is well-liked and respected by all.

Cividale del Friuli, homage to Olivo
And then Olivo loves Cividale and embellishes it by transplanting or planting flowers in the most suggestive points; creates hanging gardens overlooking the Natisone; recovers the ancient Easter tradition of the make-up game by bringing it back to the squares of Cividale (players take turns rolling a colored hard-boiled egg into a special sand track trying to hit the eggs of the other participants); animates the city taverns by triggering stimulating discussions (many remember one between him and Dario Fo, which took place in a well-known tavern in the historic center and lasted an entire night).
The children are waiting for him in the square and when they hear him coming they run to meet him. In the summer, those same children compete to get on his makeshift rafts and sail the waters of the Natisone with him.

His always cheerful voice, his jokes and poems rehearsed aloud are an integral part of the city's phonosphere.

Olivo died suddenly one night in June 1978, at the age of 65.
It is late at night and he is alone in his shack. Killing him is perhaps a neglected ulcer, perhaps an infection. For the community it is a very hard blow.
All the shops remain closed as a sign of mourning: it had never happened before.

The funeral is great. All of Cividale takes part. After leaving his shack, he is passed through the whole city.

All the children are in front.